Storydoing during covid-19? Yes, we have it.

I have read a discussion on LinkedIn about an article that suggests that storydoing (in the days of Covid-19) has come to replace storytelling.

On one side, storytellers argued that storydoing without storytelling is useless. In the other, the storydoers affirmed that both go hand in hand, but that for many years storytelling has reigned alone and that it is time for storydoing to gain its deserved attention among marketers, since today the public clamor for brands that communicate through purpose-based facts, and that stories would be the wrapping paper of the action. They also said that few people practice storydoing well.

From everything I have read, there is one thing that I, as a storydoer, strongly agree with: few practice storydoing well.

By the way, my feeling is that few really understand what storydoing is. And I have decided to contribute my grain of sand in this debate and explain, from my point of view, the difference between storytelling, storydoing, and more, corporate social responsibility.

First, I’d say that storydoing has not arrived 'in the days of Covid-19'. The first time I heard this term was in a WSGN report from the year 2016, but it comes from before.

According to WGSN, storydoing is the evolution of storytelling, and that's how I see it and sell it.

This evolution comes at the moment when consumers stopped being passive spectators of the stories created by brands and became protagonists of real stories lived by brands, people and the world.

But in both, the story is not the packaging, it is the basis of the strategy.

Everything is a story, storytelling and storydoing, because the technique of using stories for brands is a property of neuromarketing, not of telling or doing. Faced with a story, our brains release dopamine. That allows us to remember better. It is science, not marketing.

So we marketers can communicate a product-oriented message to our customers' target audience that they will forget after hours or days, or we can pass on a story that people are scientifically predisposed to remember for much longer. In storytelling and in storydoing we choose the second option.

Now, if everything is a story...

What is the difference between storytelling and storydoing and how to do one or the other?

As I said above, it is one thing to listen to a story, passively, even if it is fun or exciting. Another thing is to be part of the story of a brand. To be the individual who not only listens and remembers that story, but also connects with it, lives it, shares it, advocates for it and, mainly, uses it to inspire their own stories.

It is different, even, from being a brand lover, who is the unconditional fan of a brand. I would say that what storydoing does is turn the consumer into a brand activist before himself and society.

And how do we go from passive to active speech?

This is where shared purpose comes in.

No brand connects with all people, not even the most mainstream. Nor should it. Similarly, brands do not connect with who they want. A very common mistake of many brands is in wanting to sell their products and services for a consumer profile that they think represents a commercial opportunity for them.

In order to do storydoing the brand has to, first of all, know its purpose.

Many companies think they know it, but my experience in the years that I have been working with storydoing and conducting workshops to find company purposes is that few really know it.

Most companies believe that the 'how' they do things is the 'why' they do them. And if my experience seems insignificant to you, then the same says Simon Sinek, of whom I have been a follower since 2009, in his talk at TEDxPugetSound and in his book ‘Start With Why’:

Every leader and company knows the WHAT. They can describe their products, their industry, and their competitors. Some companies also know HOW they do what they do - their unique differentiators, their value proposition, and their values. But few companies know or articulate their WHY - their purpose, their cause or their belief. The WHY is their reason for being. And the WHY is why anyone should care.

Unlike storytelling, where stories are created to remember, in its evolved version, storydoing, the story is created to connect with people who believe in the same thing. More than a story, it is a brand manifesto.

That is why the first step to storydoing is to know the purpose of the brand, why it exists and what it believes in, which is rooted in its origin. Starting from there, the next thing is to define the people who share the same purpose and are able to connect with the brand intimately. Last, but not least, we have to look at society and trends, even those to come (the foreseeable ones, of course), what are the problems that our people face in the current and future world and how the brand connects with them, offering a solution or, at least, opening a reflection.

All this must be present in a story capable of inspiring new stories from the hand of consumers.

In conclusion, storydoing is a brand story capable of… making history. For that reason, I often say that storydoing is real marketing.

Now I ask, are we doing the storydoing right? I do not think so.

Returning to the debate and the article that I commented at the beginning, beyond the discussion between storytelling and storydoing, I perceive that storydoing is being confused with CSR, Corporate Social Responsibility, mainly during Covid-19.

CSR is defined as the active and voluntary contribution to social, economic and environmental improvement by companies, generally with the aim of improving their competitive and value situation and their added value.

Well, for me, what all the brands that during the health crisis are producing and donating respirators, PPE, masks, hand sanitizing gels, or even money are doing is Corporate Social Responsibility, worthy of applause and everyone's gratitude, but it is not storydoing. Simply because there is no story (story) and it does not inspire new stories (doing). 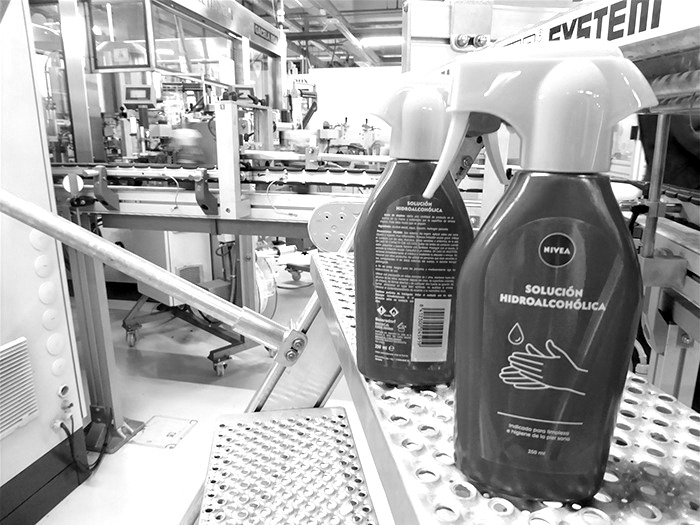 An example of storydoing during Covid-19? Yes, we have it. Applause to healthcare professionals.

On March 14, it was news throughout Spain that, a day before, the Italians had organized through WhatsApp and social media a tribute from their windows, balconies and terraces to the health personnel who fight the disease. The Spaniards, then, organized the same initiative through the social media, which has been repeated every afternoon since then. This same idea is being practiced in all countries of the world.

Why is this a storydoing case? Above all, because all the actors in this action had a shared purpose: to save lives.

The health professionals, for their part, were giving their all and went to their social media profiles to show their difficult situation in hospitals, asking people to stay at home. People responded by not only staying home, but also thanking those who couldn't stay home for their work with applause. And every day more and more people joined the action. The health personnel responded to the tribute with a video, which was shared by the entire population. A succession of stories, that inspired stories, that inspired more stories, all under the same purpose contextualized to everyone's reality.

But couldn't this have been a brand initiative? Yes, it could.

Let's imagine that, instead of health workers, it had been a brand (from the health industry, surely, with a purpose related to saving lives) that showed the routine of these professionals in a 10 ”spot, or even a post in the own social media, calling people to stay at home and summoning the public to pay that tribute. We would have the biggest example of brand storydoing during the pandemic.

By the way, Dove, after the voluntary citizens movement, launched its tribute to the healthcare workers contextualized to its purpose of real beauty. A wonderful campaign, but not storydoing.

And why is it so difficult to have examples of brand storydoing during Covid-19?

Because besides the confusion between storytelling, storydoing and CSR among marketers, few are the brands that dare to start stories that inspire. Most follow, they don't provoke stories. You have to take risks, position yourself, establish an opinion. And few are willing.

Outside the context of Covid-19, an example of storydoing is Nike's campaign with Colin Kaepernick, 'Believe in Something'. First, for the choice of the athlete who shares the purpose of the brand for the celebration of 30 years of its tagline ‘Just Do It’. Also for the timing, perfect. The campaign was launched digitally on Colin's social media on the Labor Day holiday. Let us remember that Colin was unemployed for two years for "believing and doing" according to his beliefs.

Three days later, the campaign was launched en masse through a spot narrated by the athlete at halftime of the opening game of the 2018 NFL season. This strategy is not only a matter of daring, but also of scope. The brand (and the agency) knew that all NFL fans, anti or pro Colin, would be glued to TV right then. Perfect occasion to create conversation and inspire new stories with yours. And it succeeded. For better and for worse'.

In the short term, protesting haters burned their Nike products under the #NikeBoycott. In the short, medium and long term, lovers took a decisive stance in defense of the brand, driven by a shared purpose.

In the words of Nike founder Phil Knight on the division of opinion:

“It doesn’t matter how many people hate your brand as long as enough people love it.”

The result? Nike gained $163 million in earned media, achieved a brand value increase of $6 billion, a 17% growth in sales only in the week of Labor Day 2018 compared to 2017, and 31% in sales after six months of the campaign.

Surely this increase in sales did not come from the ex-consumers of the brand who burned their products and regretted it. It is much more likely to say that it came from current and new consumers who identified with the purpose of the brand, and were inspired by their story and Colin's to build their own stories based on fighting for their beliefs, whatever the cost.

This storydoing also allowed the brand to make a natural selection of its audience.

Another more recent example of storydoing is the Sprite campaign ‘You are not alone’, the evolution of ‘I love you, hater’, both created by the Santo Buenos Aires agency.

In ‘You are not alone’ the brand reaffirms its shared purpose with young people: authenticity. It promotes the acceptance and appreciation of what makes each person unique, beyond criticism or self-criticism, in order to 'stay fresh' (Sprite tagline).

More than a campaign, what Sprite launched was a social ecosystem to share stories between groups of young people who are facing the same pain with the aim of changing their own life stories.

To invite them to the digital platform chosen by the company for this interaction - Reddit - Sprite produced a spot without actors, with real people who went through real situations and had to assume their individuality to overcome them.

Storydoing with historical results in the growth of consumer interactions with the brand, positive sentiment and earned media.

One more example? Last year I wrote about the launch of Barbie's ‘Creatable World’, a tremendous example of storydoing for the little ones, a generation in which roles increasingly take on a new meaning.

In the words of Kim Culmone, Vice President of Mattel Fashion Doll Design:

"We hope that Creatable World encourages society to be open-minded about the way children enjoy playing with dolls."

Once again, the consumer as the protagonist of a real brand story that impacts society and the world.